When I started out doing food and travel writing, I had a freelance journalist’s dream job. I lived in Europe, and wrote a weekly food column for an American newspaper abroad. I was completely free to choose the topic and recipes.

My column started out at 500 words. But a few months later, it expanded. First it was 1,000 words, then 2,000, counting the recipes, too. No longer just a column, it filled an entire page in the newspaper every Thursday.

During the 7 years I worked for that paper, I wrote 350 stories about food—European, American, and Asian. All of them included one or more recipes. Since I covered a range of culinary subjects, people often asked me, “Where do you get your ideas?” And “Where do the recipes come from?” Those two questions are fundamental to the criteria I established for myself as a food writer.

Here are my food and travel writing tips. They have served me from the beginning of my long career until now:

Recently, certain postmodern pundits have disparaged that old maxim. But I think it’s still a good rule to follow. You don’t have to go to Timbuktu to write an interesting food story. Even if you’ve never been beyond the borders of your own state or country, you can find riches of local and regional cuisines wherever you live.

In my own career, I’ve focused on writing about the cuisines of countries far from where I grew up. Today that’s enough to cause the Twittersphere to light up with cries of “cultural appropriation.” By the time I became a writer, I had already lived in nine countries and eaten my way across dozens more. I had plenty of firsthand experience to draw on.

Be knowledgeable about your subject, in advance. That way you’ll know how to approach it on site. This applies whether you’re

Read what has already been written about that place, its foods, and its people. And reach beyond the Internet. Although Google can be a good guide to getting started, it can also lead you down paths to misinformation. Seek out multiple, trusted, reputable sources (books, journals, experts).  Cross-check all the facts.

Respect the cultural context of the foods and recipes you’re writing about. It doesn’t matter if they came from down the street or halfway around the world. 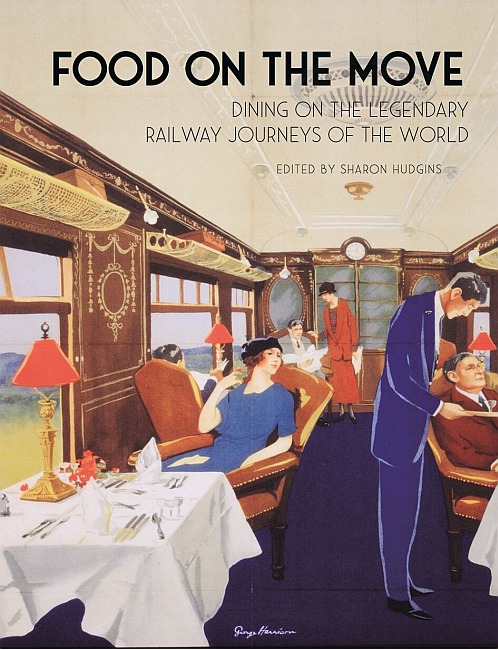 A different author wrote each of the nine chapters. All were experienced travelers on that country’s trains, from North America and Europe to Africa and Asia. Historical and contemporary recipes from the dining cars illustrate changes in food preferences in each culture.

If you travel to someplace new, avoid being a “two-day wonder.” That’s when you drop into an unfamiliar location for a quick impression. Spend enough time there to learn about the people, the history, the geography, the religions, and the food sources of that area. Eat in a variety of venues, from homes and restaurants to street stalls and food trucks. Visit food markets. Go to the big ones that are famous tourist attractions, and the neighborhood grocery stores where local residents shop every day.

4. Be curious and open-minded.

Don’t necessarily start with a fixed story idea in mind. Writers open to new experiences might change their initial topic entirely. Or they might take a new, more creative approach. The trigger for that turn in the road might be something surprising. You could come across it in a local cookbook, a supermarket, someone you talk with, or a new menu item. I once wrote an entire column about a three-course meal I’d eaten at a cafeteria in France. I enjoyed their chicken cooked with blueberries so much that I asked the manager for the recipe. He was happy to send it to me.

Avoid food fads or trendy topics, unless that’s the specific subject of your story. Other people are probably writing about that same dish or restaurant or chef who’s currently in fashion. Set yourself apart from the crowd.

Julia Child once told me that “A cookbook is only as good as the worst recipe in it.” Keep that in mind when developing and testing your own recipes.

The recipes in my own cookbooks and food articles come from many different sources:

For every recipe I publish, I make a spreadsheet comparing all the different ingredients, proportions, and cooking techniques. Then I develop my own recipe based on commonality of ingredients and traditional cooking techniques. I take into account any other ingredients or methods that are still true to that dish’s place of origin (no coconut oil in a Bavarian goulash soup!). I also incorporate any variations of that recipe that I’ve eaten in the country or region where it’s considered a traditional dish.

6. Test and re-test your recipes.

I test again and again, keeping detailed notes along the way. For me, the final product should taste as good as the best version I’ve eaten on its home soil, whether it’s sweet-and-sour walnuts in Hong Kong, peanuty gado-gado in Java, or creamy poulet au Riesling in Alsace. If it doesn’t meet that standard, then I make adjustments and try again. It took me seven tests to produce a gingerbread that tasted just like the traditional Lebkuchen I’d devoured many times in Nürnberg, Germany.

7. Give credit in recipe headnotes. 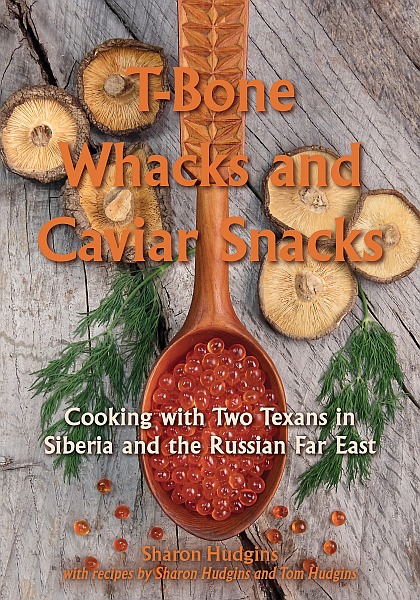 This memoir-cookbook combines personal narrative and travel stories with recipes collected from cooks in Siberia and Russia’s Far East. Prepared and eaten on site, the recipes were then re-tested in American kitchens. The book was a finalist for a Gourmand World Cookbook Award, Silk Road category.

Almost all of your recipes will have been inspired or influenced, to some degree, by another source. That includes a friend, relative, cooking class, restaurant meal, food magazine, cookbook, blog, or TV show. Copying published recipes verbatim is plagiarism, of course. And there are a lot of gray areas where recipe writers can get in hot water, too.

Legalities aside, it’s common courtesy to credit a source for a recipe they gave you (but also a good idea to check whether they cribbed it from Martha Stewart or Joy of Cooking). Look for recipes with that same title, or in that same recipe category, in the indexes of popular cookbooks and online, to make sure the “personal recipe” given to you by a friend or family member wasn’t originally published elsewhere.

Recipe headnotes are the perfect place to tell where a recipe came from, where you got the idea for your own version of it, what changes you made, or whose unusual cooking technique you chose to use. Personal stories about a recipe’s origin can make a headnote sing. But avoid name-dropping of famous chefs or well-known writers unless that recipe has a direct connection between them and you, personally.

Whether you do your own photography or work with a food stylist and a professional photographer, be sure the picture matches the recipe. In the photo, don’t leave out a garnish that’s in the recipe, or add one that isn’t there. And try not to mix cultural references unless that’s part of your story. I saw a “Tex-Mex” cookbook written by a German and published in Germany, full of beautifully photographed tacos, enchiladas, and fajitas all plated on modern, square, handmade Japanese pottery. Nope, that ain’t true to Tex-Mex.

If someone else photographs your recipes, ask to be present at the photo shoot or at least be consulted before the pictures are published. When I was the editor of a food magazine, the publisher outsourced all the photos for an article about Thai food to a local restaurant that made each dish according to its own recipes, not those of the author. The pictures didn’t match the story at all, and our readers knew it.

In editing a Spanish cookbook for a European publisher, I worked with a famous, highly paid photographer who was also a certified chef and did his own food styling. But I had to ask him to reshoot several photos of traditional Spanish dishes that he’d shown with Chinese baskets. Spain has distinctive regional basket-making techniques, and I insisted that he use only Spanish baskets from the correct regions. He also styled a shiny fresh fish laid out on a crumpled page of a Spanish newspaper, just like you’d get at a fish market in Spain. But since he didn’t read Spanish, he had no idea that the glaring headline on that page said, “Family of Four Killed in Car Crash.” So he had to reshoot that photo, too.

These tips for food and travel writing might sound like a lot of effort. But all that work pays off. I’ve received letters from Germans, Czechs, Russians, and Hungarians saying that my recipes were so authentic the dishes taste just like those their mothers or grandmothers made—even though I’m an American from Texas. I think that’s the best compliment a food writer can receive.

Sharon Hudgins is an award-winning cookbook author and food writer with more than 1,000 articles on food, travel, and culture published worldwide. A former editor of Chile Pepper magazine, she has also edited cookbooks for publishers in the United States and Europe. Her latest books are T-Bone Whacks and Caviar Snacks: Cooking with Two Texans in Siberia and the Russian Far East (2018) and Food on the Move: Dining on the Legendary Railway Journeys of the World (2019). See more at www.sharonhudgins.com.