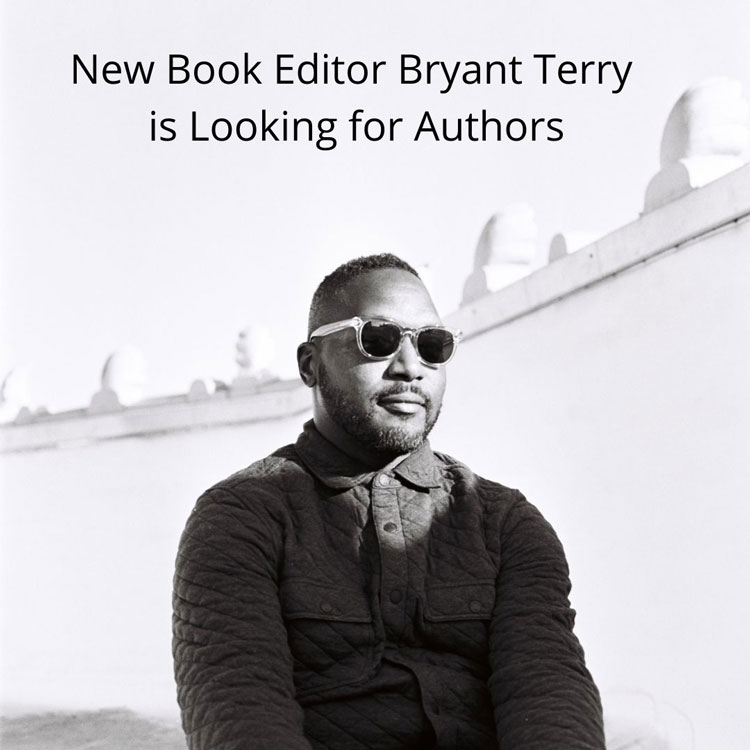 You know Bryant Terry as the author of several vegan cookbooks. He’s also a James Beard and NAACP Image Award-winning chef, and an educator known for his activism to create a healthy, just, and sustainable food system. And most recently, he became the editor-in-chief of a new Ten Speed book division called 4 Color Books. Now he’s looking for END_OF_DOCUMENT_TOKEN_TO_BE_REPLACED Peter Reinhart is a baking instructor and faculty member at Johnson and Wales University in Charlotte, North Carolina.

Peter Reinhart has authored eight cookbooks, including the The Bread Baker’s Apprentice: Mastering the Art of Extraordinary Bread, winner of two national awards. That cookbook alone has sold more than 100,000 copies.

You’d think he’d have an ego, but during our interview Reinhart came across humbly, talking about the value of working with a team and not burning bridges.

I caught up with him as he taught baking classes in California to promote his latest book, The Joy of Gluten-Free, Sugar-Free Baking, co-authored with Denene Wallace. It’s his first book on low-carb breads, pastries, cookies, and cake for those sensitive to gluten, diabetics, or those who need to reduce carbs to prevent weight gain. The focus is on baking with nut and seed flours and non-sugar sweeteners.

In this interview, he talks about the value of sticking with the same publisher, learning a new subject, and why you need a thick skin to grow as a writer:

Q. Why did you decide to write a gluten-free, sugar-free baking book? You are a bread and pizza guy.

A. Ten Speed asked if I wanted to do a gluten-free book, and I said only if we cover new territory. They told me gluten-free and allergen-free was the hottest new category. It was nice to be asked. I felt like I had arrived.

Q. You’ve been with Ten Speed for a long time.

I got lucky when Random House bought Ten Speed because they got bigger distribution but they kept the same team. My former editor, Aaron (Wehner, publisher), is a great idea man. He stays engaged and I have access to him. This is our third book together.

In the old days you read about Judith Jones and Julia Child, where people were together for years. I feel like I’m in the stable with thoroughbreds. And if I want to do a non-food book I can stay within the Random House family and go with an imprint.

Q. What makes an award-winning cookbook?

A. Writing a book is not a solo effort. Sometimes the magic is just there with the editor, the publisher, the design, the photography — it’s like putting a movie together. Everybody contributed something. Having great recipe testers has been invaluable too.

From the writer’s standpoint, it’s important to appreciate that process. I know a few writers who have fought the process, to their END_OF_DOCUMENT_TOKEN_TO_BE_REPLACED