At a conference I attended recently, a panel focused on two kinds of projects: writing a memoir and writing a biography. Moderated by Cara De Silva, the panelists were memoirists Elissa Altman, Mark Russ Federman, Madhur Jaffrey; and biographers Laura Shapiro and Anne Mendelson.

I zeroed in on Anne, author of Stand By the Stove: The Story of the Women Who Gave America the Joy of Cooking. She clutched her typewritten address and read it to the crowd. It was an insightful and wry essay about her experience.

Anne was the biographer of the END_OF_DOCUMENT_TOKEN_TO_BE_REPLACED The funny thing about being funny is that, once you try writing that way, you probably won’t want to stop. Humorous food writing connects with readers better than END_OF_DOCUMENT_TOKEN_TO_BE_REPLACED

Learning al fresco in the garden of our villa in the Valpolicella wine region. (Photo by Owen Rubin.)

Part of being a good writer is getting out from behind your computer to attend a conference, workshop or other events coming up. These are places to network and learn, of course.

But more imporantly, getting away can help you move forward with renewed enthusiasm and energy. When you get out of your rut, your mind makes END_OF_DOCUMENT_TOKEN_TO_BE_REPLACED

Best-selling cookbook author Julia Turshen has always volunteered in her community, including cooking for for a local version of Meals on Wheels. More recently she’s been working with END_OF_DOCUMENT_TOKEN_TO_BE_REPLACED 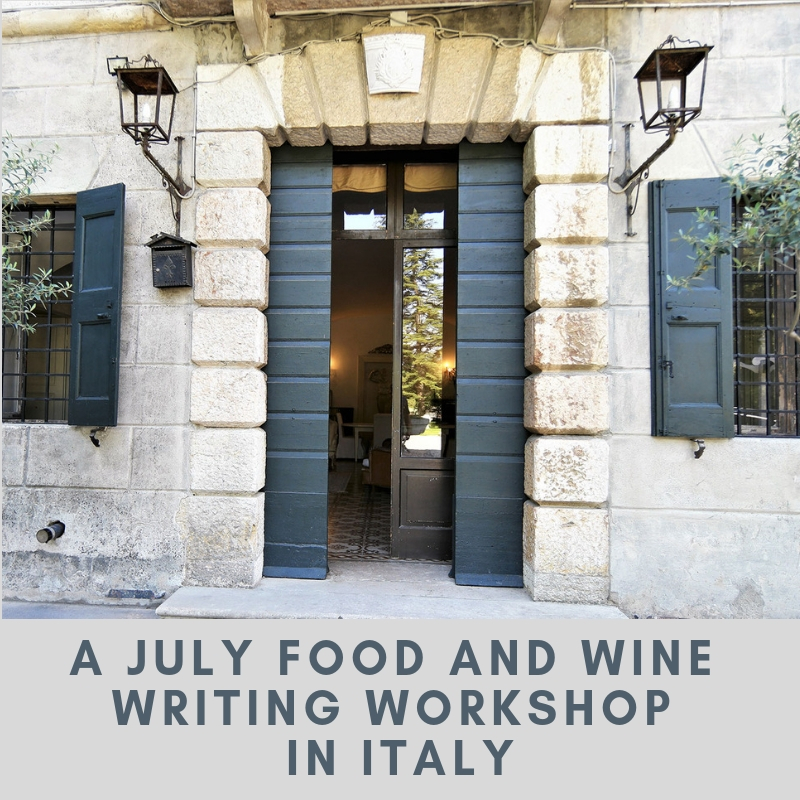 My co-host and I hold this event at one of the most beautiful private villas in Italy. Our location is in the countryside outside Verona, a 15-minute drive from town.

Expect a full week of writing, feedback, and instruction. But that’s not all. You can learn and write while END_OF_DOCUMENT_TOKEN_TO_BE_REPLACED A. I find a lack of knowledge about the crucial role agents play. Traditional publishers don’t have time or energy to screen unsolicited submissions, which are non-flatteringly referred to as “slush.” This is understandable. An editor might have to crunch END_OF_DOCUMENT_TOKEN_TO_BE_REPLACED In a 2018 blog post, I interviewed Steve Hoffman, a tax preparer and food writer, about tax issues, freelancing, and how the new tax law might affect people in our industry. Of most concern was whether we food writers could still write off business meals.

First there was bad news, but now there’s good news.  Steve said he didn’t think the IRS would let us write off business meals anymore. But later in the year, the Internal Revenue Service (IRS) clarified the new law, to our advantage.

Here’s how Steve puts it: “The new tax law eliminated any deductions for entertainment, which most tax preparers originally interpreted to mean both meals and entertainment. Under the prior law, sole proprietors and small businesses could END_OF_DOCUMENT_TOKEN_TO_BE_REPLACED