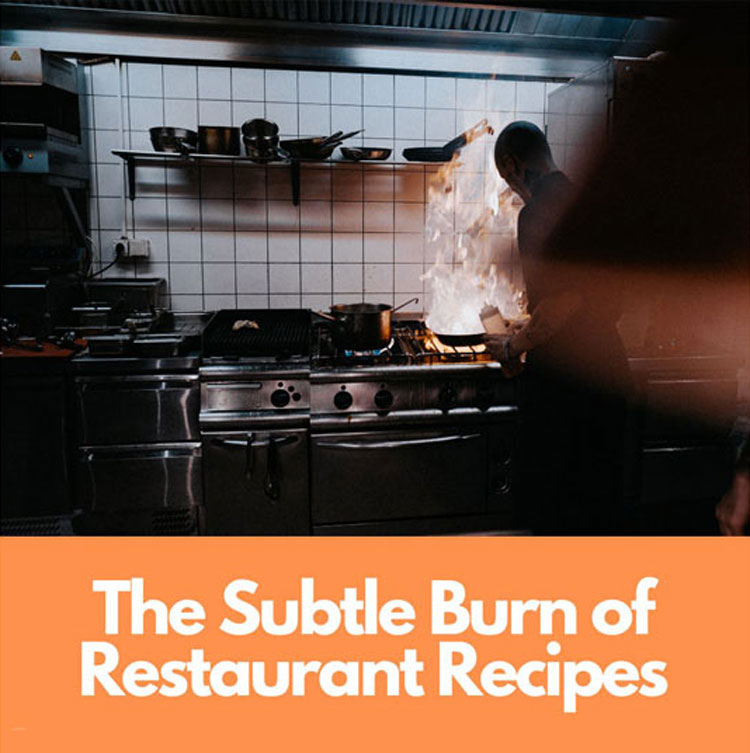 Cookbook recipes are undergoing yet another a rethink of sorts. I’m fine with some innovations, like Ali Slagle’s cookbook, I Dream of Dinner. Her recipes feature specific amounts in the method, rather than in the ingredients list.

But a development that really burns my toast has surged in restaurant cookbooks of late. Anyone who has tried to edit restaurant recipes understands the hitch: How to capture the essence of a chef’s dish that had the benefit of many hands, processes, and without presenting its creation as a treatise?

The answer can involve oversimplifying to the point of deception. Editors and collaborators feel pressure to simplify restaurant recipes because otherwise they look too long and involved. When sub-recipe after sub-recipe stacks up on the page, the pages will keep getting turned.

I recently tested restaurant recipes from a few chef cookbooks.  A croquette recipe had 14 ingredients. (That’s only one more than the max total of a Barefoot Contessa How Easy Is That? carrot cake.) The steps to make the croquettes looked like a couple hours of work.

But two of the 14 ingredients took more than six hours to complete, and that’s if they were cooked simultaneously. Here’s how the author stated them:

That’s a lot of prep, a lot of time without so much as a heads up in the headnote.

Another recipe required only a few tablespoons of a separate sauce recipe that made a bucket’s worth. A pasta recipe left me with 26 egg whites—but no suggestions for using them—after harvesting the necessary 24 egg yolks.

By making these complex recipes appear to be accessible, this kind of writing does a disservice. Such culinary land mines could kill the good works of cookbooks that are transparent about the work. Editors and recipe collaborators ought to flag non-accessible recipes upfront, in a headnote or tip.

Another way to defuse the land mines would take some rethinking. How about presenting cookbook recipes in order of the expertise or the time it takes to prepare them? It could be a game-changer for home cooks. This could be at the expense of organizing by season or meal course. Using this method would mean readers could know when they are approaching a challenge, or making an aspirational treat.

So, for the moment, watch out for the mines, dear readers. And think before you plant them, cookbook creators.

Bonnie S. Benwick is a cookbook editor, reviewer, and recipe tester. She retired as deputy editor/recipes editor of The Washington Post Food section in 2019. Find her on Instagram @bbenwick, and mostly lurking on Twitter @BSBenwick.

(Photo by Lasse Bergqvist on Unsplash.)