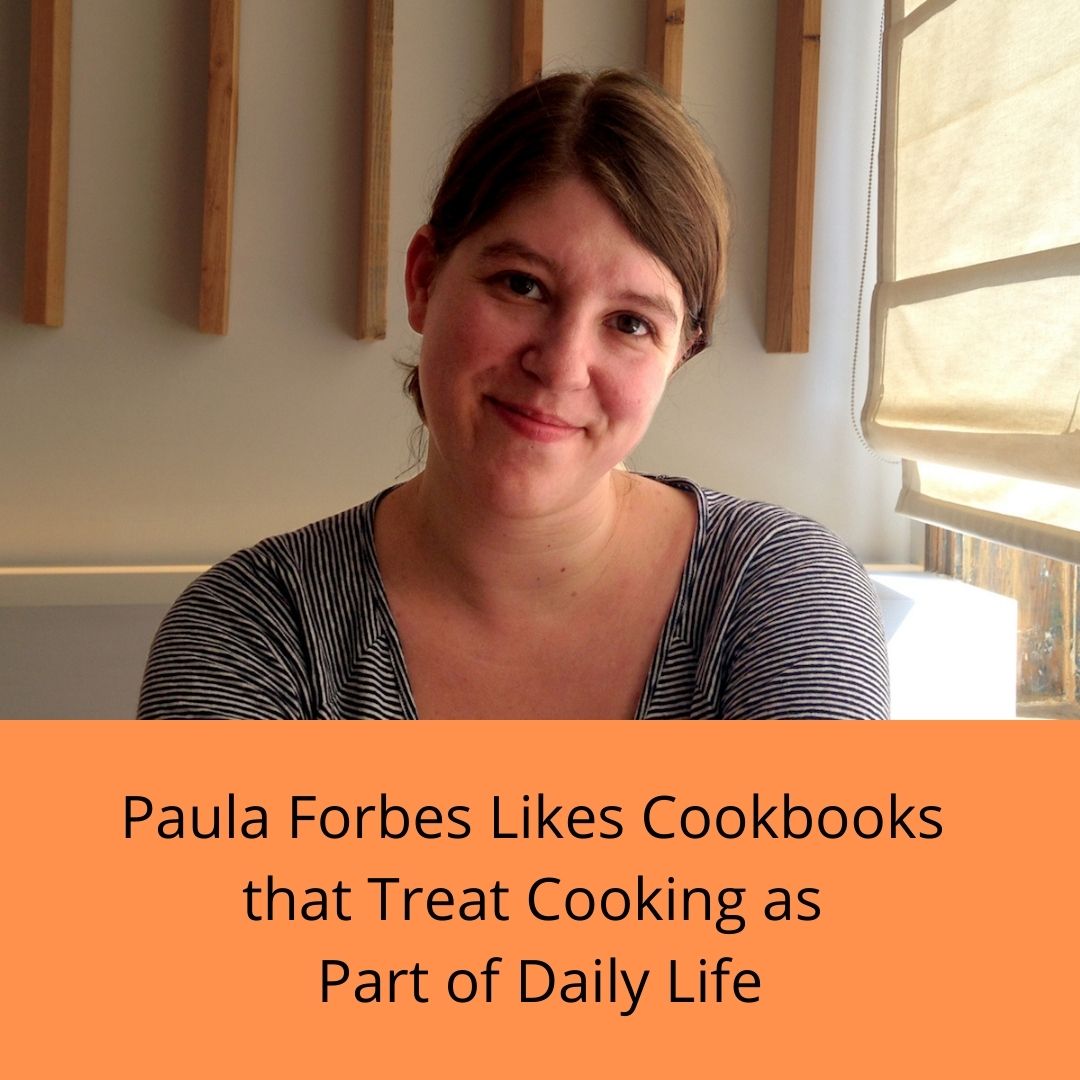 Do you know about the enthusiastic cookbook newsletter called Stained Page News? Its author, Paula Forbes, worked at Eater and Epicurious as an editor. She reviewed cookbooks for around 10 years before she started the newsletter in 2018. She moved back to Texas to write a cookbook about Austin food.

Her newsletter has 10,000 subscribers, and comes out twice a week. Tuesday is for paid subscribers only: It’s a news digest, with links about cookbooks, short write-ups, and book deals. Friday is a free list of new cookbooks, with original writing.

If you have a book deal and would like to be included in Paula’s newsletter, send her an email at stainedpagenews AT gmail DOT com.

Here’s Paula on cookbook trends and what she likes in a cookbook:

Q. How long does it take to produce Stained Page News?

A.  The newsletter is a halftime gig. I would love for it to be full time. I also freelance for Texas Monthly, and do recipe writing and development.

While I don’t review cookbooks in the newsletter, that is an eventual goal.

Q. What are the latest cookbook trends?

A. I’m seeing a lot of cookbooks for kids or for cooking with your kids. I’ve also seen cookbooks that are more granular regionally, like focused on a region in a country or a specific city. They let you dig way deeper into the subject matter.

There are lots of book deals based on YouTubers. Famous chefs are trying out concepts, like Gordon Ramsey’s new book based on YouTube. There are some Tik-Tok cookbooks, but on Tik-Tok it’s hard to figure out where recipes originated.

A bunch of books on grains are coming out.

Q. Is it really true that not having lots of photographs will drag down cookbook sales?

A. We’ve seen that it’s not necessarily true, for example Samin Nosrat’s Salt, Fat, Acid, Heat only has illustrations. But good photography can only help matters. Plus — and I learned this with my cookbook — the more photos you have, the more options you have to give out to newspapers to run your recipes.

Q. Can you think of a particular publisher outside the Big Five (Penguin/Random House, Hachette Book Group, Harper Collins, Simon and Schuster, and Macmillan) that does a great job with cookbooks?

A. Sure. Abrams, Workman, and Artisan. Hardie Grant is out of Australia but doing more titles in the US now with a nice new vibe. Somekind is also from Australia but has launched in Los Angeles.

Q. What about inside the Big Five?

Q. Is there a current cookbook trend you really dislike?

A. I’m a big fan of restaurant cookbooks. It makes me a little sad that they’re kind of in no man’s land now, where publishers won’t touch them due to low sales.

For recipes, I’ve been seeing recipes named as three or four ingredients, like Chicken, Cream, Morels, instead of Chicken with Cream and Morels.

Q. Has anything about recipe writing evolved, or has it been the same, basically, for the last several decades?

A. Five or 10 years ago, a few people dabbled in changing the language. They were trying to have more fun and creativity about how recipes were written, to make them more playful. And then there are writer-y recipe writers like Nigella Lawson. But by and large, publishers hand you a style guide and that’s the recipe you’re going to write.

Q. What makes a good cookbook, in your mind?

A. I like any cookbook that doesn’t isolate the recipes and recognizes that cooking is part of daily life. Anything that explains how to deal with leftovers, or how to strategize a pantry, or planning for things ahead of time. Nigella Lawson and Julie Turshen are good at this. Their attitude is “Cooking is not always fun but you have to do it, so you might as well make the most of it.”

Q. What is your favorite cookbook of the moment? 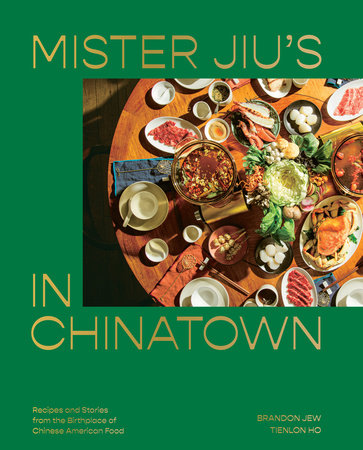 Lots of energy in the writing and great recipes, says Forbes.

A. I have been enjoying Mister Jiu’s in Chinatown. The energy that comes out of the writing is really engaging and makes you want to make the recipes, and the recipes are great. I’ve made a couple of them. Nigel Slater’s Greenfeast, two volumes, is all vegetarian. It’s simple but a little more creative than it needs to be. The other book I want to mention Yasmin Khan’s Ripe Figs, because it’s about how food moves, whether through immigration or refugees. She did a ton of research.

Q. What do you do with all the cookbooks you receive?

A. Publishers send me physical copies of the books most of the time. I also buy some, mostly self published or from an indie publisher. And I buy from smaller presses that don’t have the budget to send them out. I gave a batch to a food truck operating a cookbook lending library for their neighborhood. I also gave a batch to the community college here that has a lending library for their adult English language learners.

Honestly, sometimes I just take them to Goodwill. I don’t like to do that though. I’ve also given them to the library for their Friends of the Library sale.

Q. What’s the most important thing you can tell a hopeful cookbook author?

A. Cookbooks are published every year – why shouldn’t one of them be yours? I’ve seen so many slap dash ridiculous cookbooks that if you have a really good idea for one, and you’re willing to put in the work to do proper testing and all of that, don’t give up.