Writing a thriller requires writing a story that keeps readers turning the page. Writing a cookbook should require grabbing someone’s attention so they don’t skip the recipe headnote.

It’s not easy to do, but it’s worth the effort. Why? Sometimes a headnote includes important tips. Other times it’s a way to convince readers to take a chance on a recipe, even if it takes extra effort to make or uses unfamiliar ingredients. Some headnotes are all about a charming story while others give attribution to others.

Regardless of their content, every headnote makes a case for the existence of the recipe or cookbook. Here’s why:

1. Headnotes matter for all kinds of reasons.

Headnotes make your cookbook engaging and complete. Think of a cookbook as an album. Sure, you can listen to a Spotify playlist of singles. But sometimes you want to hear a whole album.

Headnotes allow you to attribute sources of inspiration. This is even more important today. Attributing a recipe to someone else (whether it’s a dish from their restaurant, a recipe from a cookbook author that you’ve made for ten years and riffed on, etc.) does not diminish your work. Rather, it allows you to acknowledge someone else’s work while also telling the story about your connection with it.

2. A writing prompt might help create a great recipe headnote.

Most cookbook headnotes strive to engage, inspire, and/or instruct. But say you’re stumped. You have a recipe for a green garlic soufflé, but you don’t really know what to say about it in a headnote. Try one or two of these writing prompts: 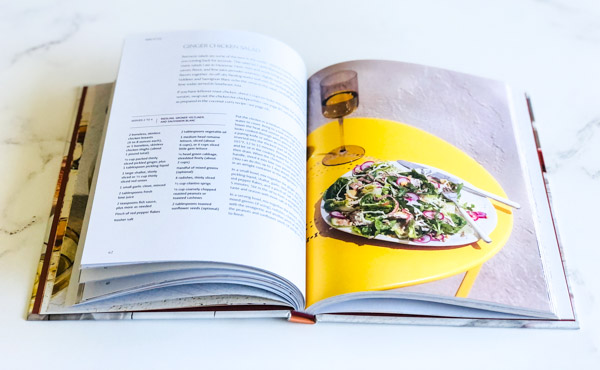 In my latest book, Wine Style, I used the headnotes to provide ideas for wines to drink with each recipe.

3. Your first draft will not be your last.

After you write your first draft of a headnote, put it aside and work on another headnote. Come back to this headnote in a day or a week or at some point down the road. Re-read and make it better. Read it with your other headnotes in the chapter. Consider the following:

Headnotes aren’t afterthoughts. At their best, they give structure and substance to the world you are building within the covers of your book.

To make them count, allocate time in your writing process to edit them. Remember to instruct while also telling stories that make you sound human. When headnotes tell a broader story, that’s the best way to encourage people to spend time with your cookbook.

Kate Leahy worked as a line cook in San Francisco, Napa, and Boston before writing about food and wine. Her first book, A16 Food + Wine, was an IACP Book of the Year. Her first solo book, Wine Style, focuses on simple recipes that pair with wine. She lives in San Francisco. Find her on Instagram @kateleahycooks.

(Photo courtesy of  Visual Stories/Michelle,  on Unsplash.)
Share this...