Since the pandemic, I’ve been teaching Zoom classes about how to publish a cookbook. Once I explain how difficult it is, some hopeful authors decide to self-publish, and others give up.
If you’re a prospective cookbook writer, you should know that there are always exceptions to the rule in traditional publishing. So here are the experiences of four authors who beat the odds to publish a cookbook or food-based book. (Two books are forthcoming, and another is a collection of essays with recipes).
I’ve asked the authors to talk about their experience in their own words. Their stories are refreshing, because there is so much pressure these days to build a big social media following, if you want a cookbook. But none of them had a big platform when they approached their publisher.

Here are 4 authors who beat the odds to publish a cookbook: 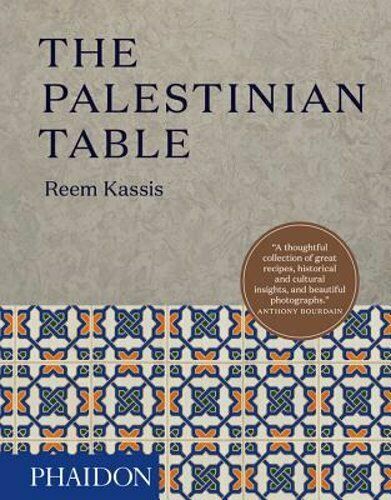 Reem Kassis’ first book came out in 2017. Her second, The Arabesque Table: Contemporary Recipes from the Arab World, debuts in March 2021.

“The worst part of hearing that I didn’t have a platform wasn’t the rain on my parade. It was not knowing what ‘platform’ even meant.

Dianne was kind enough to take me on and explain that platform meant owning a restaurant, or having a huge social media following – the kind of insurance policy agents and publishers look for before taking on a new author.

I was a stubborn child who always pushed boundaries. This streak came out in the process of trying to publish my first book. So even though I knew I didn’t have the requisite platform, I also knew I had a great idea and that I was willing to work hard to make it materialize. I researched, I wrote, I spoke to whoever would speak to me. Eventually I created an almost 100-page proposal (for a 250 page book!).

I had my pick of agents and signed with my first choice publisher. After a successful relationship with my publisher and agent, I asked what made them take the risk. ‘It was the proposal,’ my publisher said, ‘We could tell just by reading the recipes they would be delicious.’ My agent said, ‘It was your query email. Someone who could write that email could definitely write a book.’

The big elephant in the room may have been that I was ‘nobody.’ But when you have a good idea you truly believe in, and are willing to work hard to make it stand out from the rest, it usually comes across.

So if I have one word of advice to anyone trying to break into a sphere they are told they can’t break into, it’s that you have to work harder than your competition, because no amount of work is too much.

Also, read the acknowledgment sections of books you like. Research the agents so you can send them very targeted emails. Investigate publishers so you know where you have the best chance of being published and where would be the best fit given your topic. Research how to write a proposal and then get feedback on your work. Edit, edit, and re-edit.

And finally, don’t be afraid to ask. If you don’t, the answer is always no. If you do, it might be a yes.” 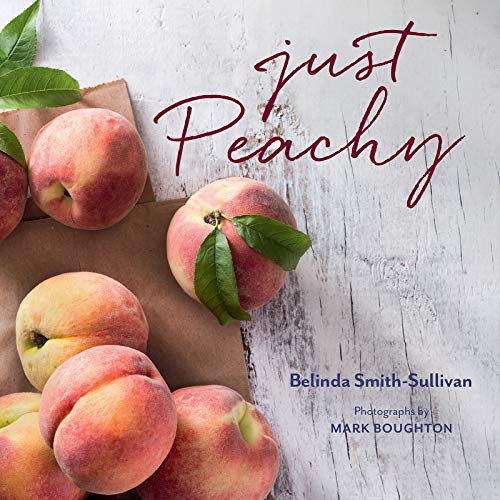 The first of what turns out to be a successful start for cookbook writing for Belinda Smith-Sullivan.

“I showed my first Just Peachy cookbook proposal to Bill LeBlond (then the senior editor of Chronicle Books, now retired). He told me I was not ready because I did not have a following. He even encouraged me to self-publish!

With that I just gave up. I sat on the cookbook proposal for about five years. Then I hired Dianne to coach me on it. She led me to an agent, and then I tried again.

When Michelle Branson of Gibbs Smith and I met in New York at the International Association of Culinary Professionals (IACP) annual conference to discuss my book idea, she said she liked my story and recipes. I think she was intrigued by my spice blends business and the fact that I’m a pilot. At the end of the day, I guess she thought I might make a good marketing story!

After Gibbs Smith published Just Peachy, I received an email from Bill informing me that he had purchased the book. He praised Gibbs Smith for taking a chance on me. My cookbook came out in 2019. My second cookbook for Gibbs Smith, Let’s Brunch, came out in 2020. I hope to write a third.

I don’t mind sharing my story at all. Especially if it helps someone else publish a cookbook. I guess I am the exception that proves the rule, but I never really quite understood what that means.🙄”

Scott will profile the late Louis Szathmary (pictured) in his upcoming book, Chicago’s Great Chefs. A former actor who earned a doctorate in psychology, Chef Louis gained national celebrity at his restaurant, The Bakery. Photo by Skrebneski.

“I never dreamed about writing a food-related book. Actually, I never had a desire to write a book. And now I’m under contract with the University Illinois Press for a book on Chicago’s great chefs.

Here’s my story: I had begun freelancing food articles nearly 40 years ago while at a fulfilling day job working as co-editor and feature writer for a medical association’s monthly magazine. Then I pursued my interest in food by becoming a cooking class junkie, studying every cuisine and cooking technique. I soon pitched articles to the food sections of the Chicago Sun-Times and Tribune, and contributed to several food encyclopedias and food magazines. I also served as a volunteer correspondent for the James Beard Foundation and became program chair of the Culinary Historians of Chicago. And while I never had plans to change jobs, I thought that if I ever did, I’d have a fascinating career in food writing.

After spending more than half my life at a job that I thoroughly enjoyed, I suddenly ‘retired’ (my job was eliminated). I was devastated and cried all the way to the bank with a decent pension and Social Security benefits. After taking several months to get over the shock, I asked a food author friend if he knew of any freelance opportunities. He told me the University of Illinois Press was looking for someone to write a book on Chicago’s great chefs that would be all profiles and include recipes. The project sounded like it had my name on it!

I contacted the very receptive acquisitions editor, who told me to write a simple proposal, and send me some samples. The reviewers told me they liked my background, but wanted more of my voice in my writing, to show my personal contact with each chef. I rewrote my samples, they sent me a contract, and now I’m busy Googling information on the chefs during this pandemic pause–until I can get into each of their kitchens to shadow them. I’m thrilled with this project of a lifetime!”

4. Susan Miller, author of What’s For Dinner: Plant-rich Feasts for Any Occasion. 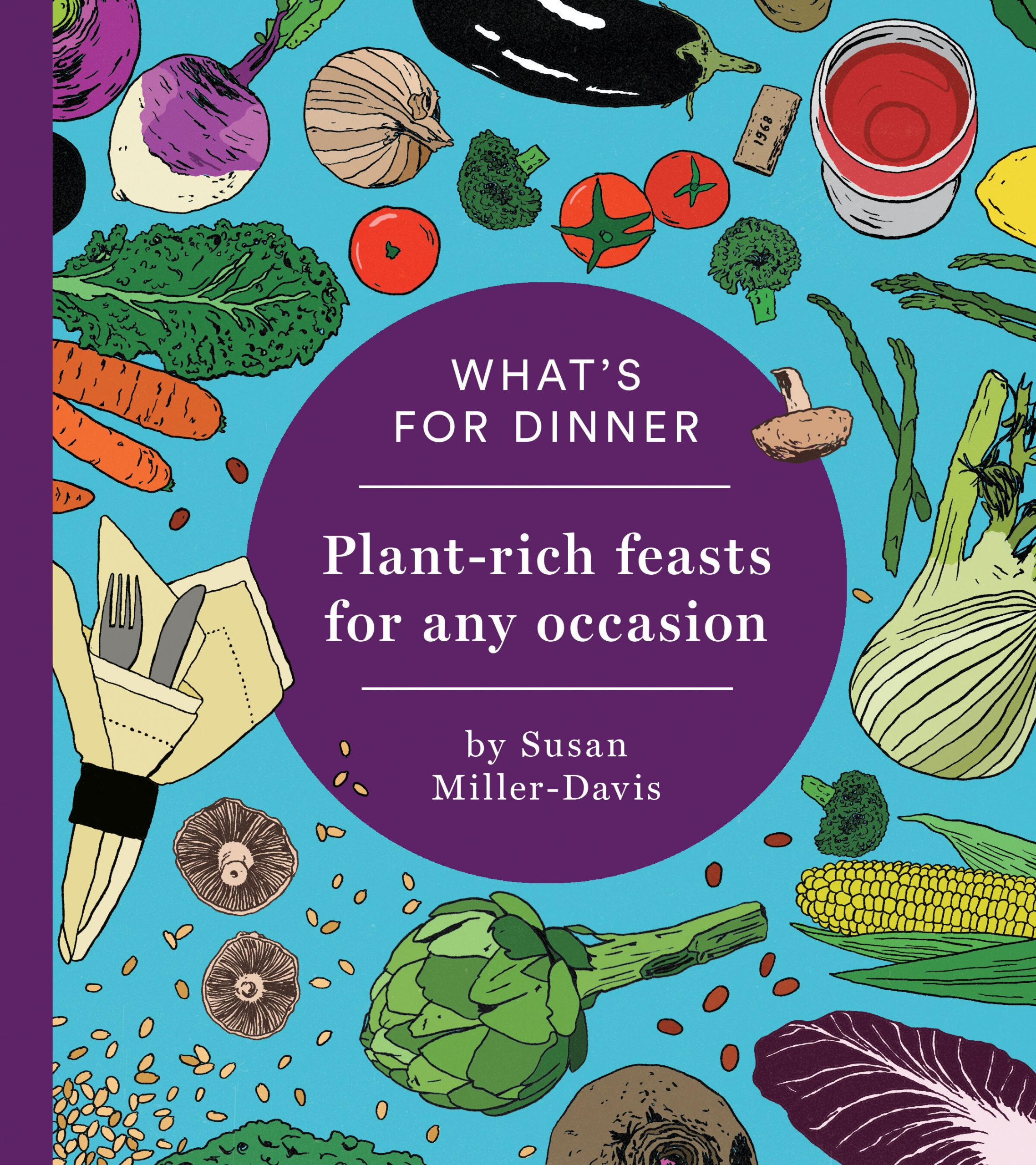 This cookbook comes out in May 2021 and is available for pre-order now.

“Earlier this year, I signed a contract with environmental publisher Stone Pier Press (SPP) to write my first book. It’s an eco-friendly cookbook, What’s for Dinner: Plant-rich feasts for any occasion. SPP is a nonprofit environmental media organization with a food focus. It works towards a healthier, more humane, and climate-friendly food system. SPP publishes solutions-oriented books. They focus on how to grow, eat, and dispose of food in a way that’s good for the planet.
I didn’t set out to write a book this year, although a book idea on food and spirituality was gathering dust. When I joined SPP’s Fellow program in January, I got to know publisher Clare Ellis. I wrote news stories and recipes for the SPP website.
Then I pitched her on my book idea, but it didn’t fit with her objectives. She wanted to launch a cookbook series, building on the success and popularity of the recipe section of the site. So I put together a proposal.  After several months of iteration, we agreed to move forward.
This project has been a great way to stretch my wings. Professionally, I’m a policy wonk focused on waste reduction and sustainability in our food system. Writing a cookbook has forced me to develop new skills and competencies like recipe writing and testing, food styling and photography, and social media strategy. It has also given me the opportunity to express my love for cooking and eating, and flex my creative muscles, in unprecedented ways.
During these strange pandemic times, it’s been a bonus to be able to put the drudgery of so much cooking into a new frame. I have a larger mission and purpose. Even my meat-loving teens gave a thumbs up to my creations. That’s the ultimate test for any vegetarian or vegan recipe.
I’m looking forward to sharing this labor of love in May 2021, the planned release date. The SPP site will share a handful of recipes from the book, including Grilled Romaine, Portobellos and Potatoes with Pumpkin Seed Sauce, Chipotle-Citrus Braised Carrots and Sweet Potato, and Triple-Anise Spring Vegetable Stew.
So, if you want to publish a cookbook without self publishing, don’t give up hope. These authors found ways in the door, and perhaps you can take the same approach.
* * *
Disclosure: This post contains affiliate links.
Photo by Alfred Kenneally on Unsplash.